May is Motorcycle Awareness Month.

For a lot of riders in the U.S., the bike is coming out of the garage for the first time. After a long cold winter of not seeing us on the road, let’s all take a moment and remind motorists to please share the road with us.

How To Choose a Motorcycle Helmet

A motorcycle helmet is a very specialized piece of personal protection equipment. With each new riding season, helmet manufacturers release new helmets,  built on decades of research and innovation. A motorcycle helmet that you might buy today is chances are going to be safer and more comfortable than one purchased just a few years ago.

I’m not going to drop a bunch of statistics to scare you into buying a helmet. You found this because you want to know how to pick the best motorcycle helmet for you. I have several years of experience working in motorcycle dealerships and ran a riding gear shop selling helmets. I am going to walk you through some key points to keep in mind when you are choosing for your next motorcycle helmet. 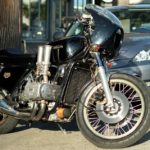 We are Goodwill Ambassadors

If you are a motorcyclist, you understand. We know why we ride.
As a goodwill ambassador for motorcycling and the powesports industry, consider the brothers and sisters that we represent, and remember what our goal is when we engage with non-riders. I don’t need to be right about motorcycling. More importantly I don’t need to prove anything to motorists that don’t have an appreciation for two wheels on the open road.

It’s December. Most of us are doing our holiday shopping for friends and family. I’m back again for 2018 with another batch of Gift Ideas. Rather than another batch of motorcycle gear, I decided to switch it up, and show some love to the motorcycle campers and outdoorsmen (am I still allowed to call them that?) out there. Here are my top gift picks for your favorite adventurers and explorers.

Here are more than twenty products to choose from, in a wide variety of categories. Everything on this year’s list are less than $40.00-USD Many are under $25. All the great items I have selected are in stock, ready to ship and feature Free-2-Day-Shipping with Amazon Prime. Everything I have chosen for this list have 4-star or better reviews. END_OF_DOCUMENT_TOKEN_TO_BE_REPLACED

I fell in love with a little Honda Rebel 250 several years ago. I got to ride a CMX250C when I took the MSF Basic Rider Course 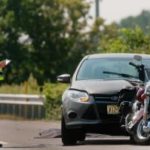 Motorcyclists have to accept responsibility for themselves when they ride. You have to watch out for every other vehicle and be prepared to take action to keep yourself alive. You have to be hyper vigilant about paying attention to what is going on around you at all times. Even when END_OF_DOCUMENT_TOKEN_TO_BE_REPLACED

We Ride Responsibly Out Of Respect

I want to promote safe motorcycling. I want to increase access to Motorcycle Safety Classes, and encourage Riders of all skill levels to take advantage of these resources.

I have worked for two motorcycle dealerships. I have experience in Parts and Accessories sales. During the times I was at both dealerships, I heard about many riders that END_OF_DOCUMENT_TOKEN_TO_BE_REPLACED 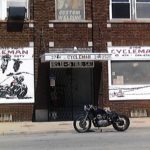 If you’re from Toledo, and you ride a motorcycle, you have probably heard of Cycleman on Lagrange Street.

I’m not sure how long he has been there. I’ve been in Toledo about twenty years, and he’s been there since before I came to town.

I’ve never seen so many motorcycle parts in one place. If you ride a street bike, END_OF_DOCUMENT_TOKEN_TO_BE_REPLACED

The Motorcyclist That Motivates Me

I grew up with older brothers that rode.
I was about four years old the first time I went out on the road with them. It was the late 1970’s. It was a practically brand new CB750.

I started riding in front of them holding END_OF_DOCUMENT_TOKEN_TO_BE_REPLACED